Imagine this: your state is thinking about building a new coal plant. Gross domestic product measures how much money that project would produce. But it can’t account for the children who get asthma or the people who die from that air pollution. And that’s a problem.

What was once a highly technical debate about the failures of conventional economic metrics is fast becoming a world movement to unseat GDP and replace it with something better.

GPI takes into account 26 social, economic and environmental indicators. These include financial factors such as inequality and the cost of underemployment. But GPI also considers the cost of pollution, climate change and non-renewable energy resources. And it explores the possible social impacts, such as the cost of commuting and crime.

States that calculate GPI often find that while they perform well economically, environmental and social indicators lag. The GDP/GPI comparison below reflects a large and growing “well-being gap” in our development since the 1970s: We are growing in our national output and consumption, but the growth is not improving our well-being as a society. 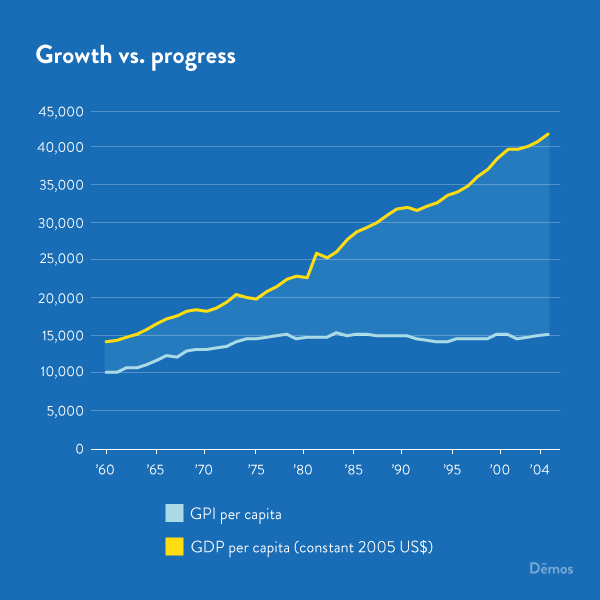 The GPI well-being gap also tracks closely with life satisfaction, which has stalled in the United States since 1973. Data from the General Social Survey and the World Bank show that while GDP per capita has increased dramatically, happiness has flattened out.

The percentage of people who are “very happy” has remained stalled at around 30 percent (“pretty happy” moved up two percentage points) for three and a half decades, even while GDP per capita (in 2011 dollars) doubled. 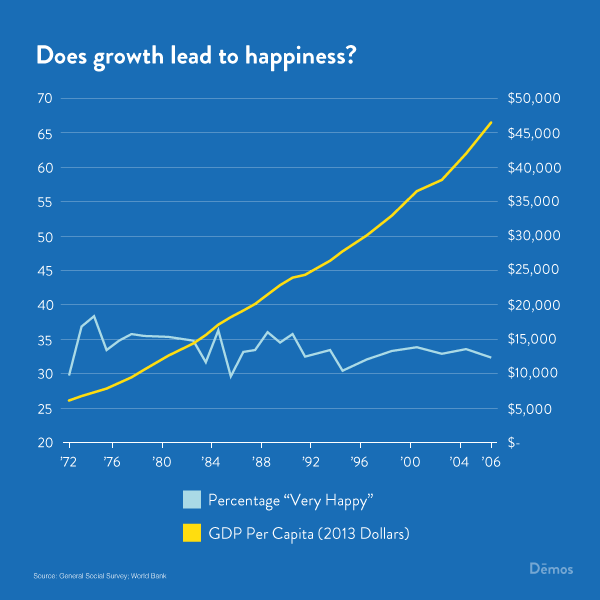 And at the same time GDP has grown, progress on child poverty has stalled. In fact, the child poverty rate is eight points higher today than it was in 1969. 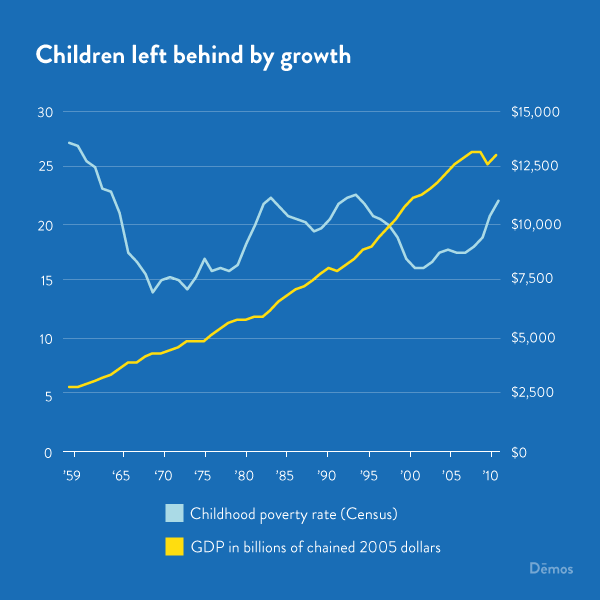 While alternative measures sound ephemeral, they are not. When commenting on Bhutan’s Gross National Happiness policy, Cylvia Hayes, the first lady of Oregon says: “What Bhutan is doing is not trivial at all. They are running policy and infrastructure decisions through a more comprehensive set of metrics that gives a much fuller account of what the effects of those decisions will be.”

And Oregon isn’t the only state looking for new ways to measure growth. In Maryland, GPI is influencing the development of new goals such as reducing infant mortality, cutting greenhouse gas emissions 25 percent by 2020 and planting more crops that improve soil fertility. Researchers in Utah and Colorado are also developing GPI estimates in collaboration with the other states.

Some countries are also making the shift. In France in 2009, then-President Nicolas Sarkozy asked Joseph E. Stiglitz, Amartya Sen and Jean-Paul Fitoussi to investigate the limits of GDP. As a result of these efforts, INSEE, the French statistics agency, has moved to use happiness as an economic indicator and released numerous reports on its inequality, quality of life and sustainability. One significant departure between GDP and other measures is the environmental impacts of growth, which are staggering. GDP growth has coincided with a massive and costly increase in carbon dioxide concentrations. 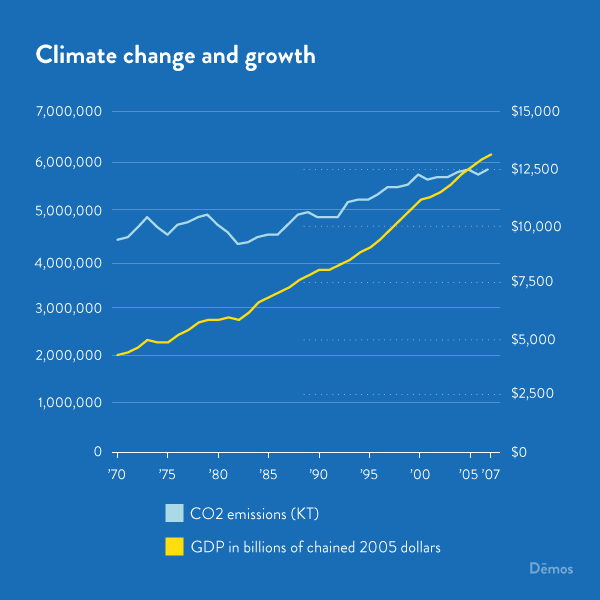 As a group of social scientists argued in the journal Nature, “if a business used GDP-style accounting, it would aim to maximize gross revenue — even at the expense of profitability, efficiency, sustainability or flexibility.”